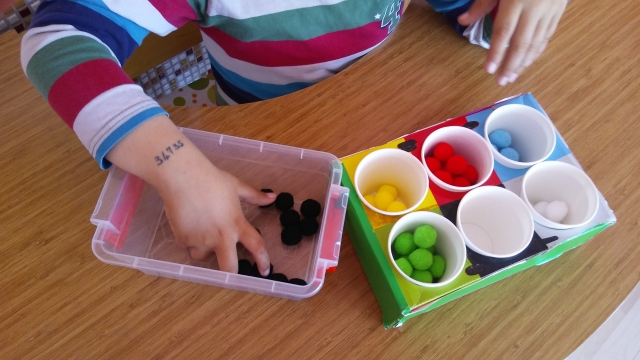 It is a fun activity to apply when the level of readiness is adjusted. The student tells the ponpon which he picks up and accumulates it in the appropriate section. When one cheering is finished, the other cheerleader goes through the same process.
person Posted by Mehmet Kadir Özgüzar İO access_time 01:40PM 27 June 2018

The students are asked to place colored fish in the color scale appropriate to the color scale. Students do this by coloring, grooming hand eye coordination develops fine muscle development, depending on the level of the student can be added to the color scale.
person Posted by oguz kagan ilkokulu access_time 11:17AM 27 June 2018 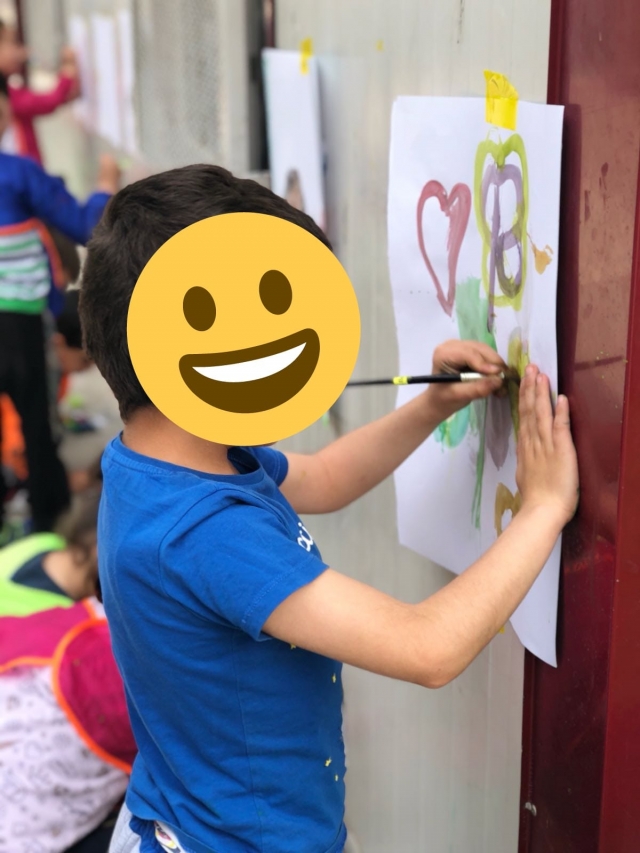 SPECIFYING THE DETAILED OBJECTS WITH THE APPROPRIATE PICTURES ... PROVIDING THE HAND AND EYE COORDINATION ... DO NOT CARE ... DO NOT ACCEPT THE DIRECTIVE ...
person Posted by Oğuz Kagan Primary School access_time 11:22AM 27 June 2018 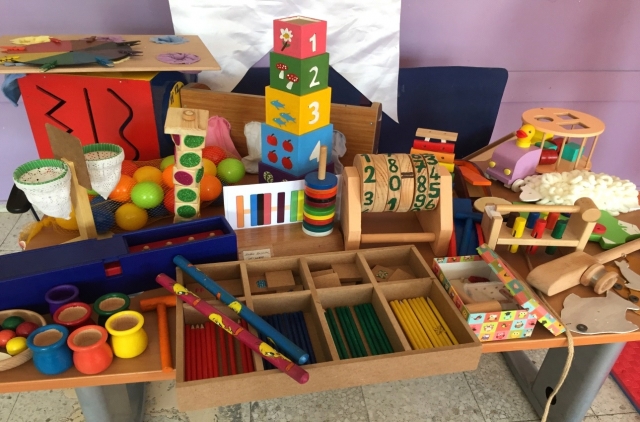 To create a sensory integration class for our autistic students who have difficulties in organizing, understanding and interpreting sensory information, organizing the Autism Children's Education Center (ACEM) within our school in a way that best suits the needs of our students.
person Posted by EREĞLİ TOKİ PRINCIPLES access_time 02:10AM 29 June 2018 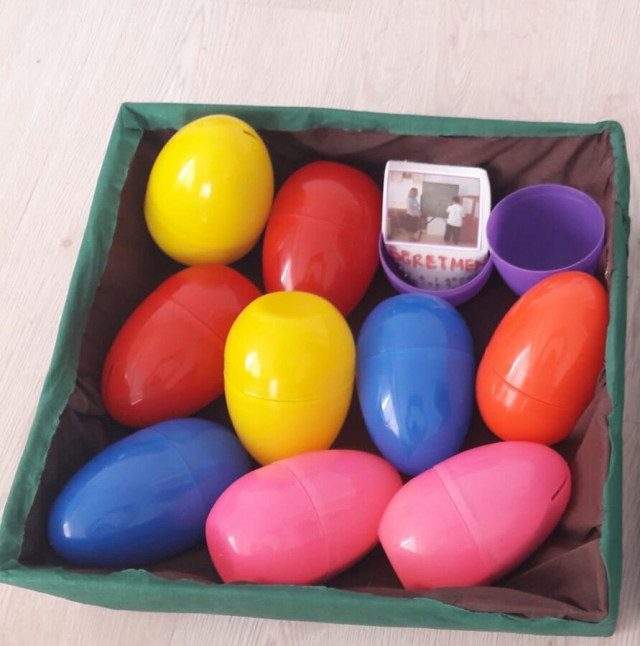 We aim to develop attention and coordination while students are on the move, and to teach cognitively the concept of color in our Color Corner activity, which can be done easily and funly with autistic and special needs individuals, with the completion of preparations and pre-condition skills.
person Posted by İbrahim RESULOGLU-Selçuklu Teacher Fatma Menekse Special Education Application Center access_time 10:04PM 26 June 2018

It is important to teach the children with autism the life skills to provide an independent life. Before starting self-service skills teaching program you need to determine whether the basic behaviors needed to help the child learn each skill and the necessary steps are acquired or must be taught. When setting goals, we must also take into account the average age at which typical developmental children manage to learn certain abilities. By the age of 6, a typical child should have acquired the majority of self-service skills, but each skill falls within a fairly wide chronological range, with environmental factors influencing the moment a child learns a particular ability.
person Posted by Flight of Butterfly Association Association access_time 09:11PM 26 June 2018 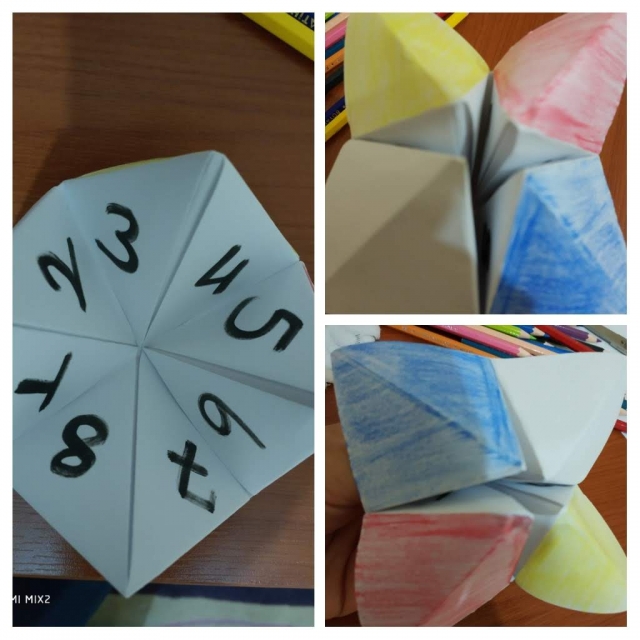 Although many scientists define learning in different ways, learning in general defines "continuity as a result of experience as a relative behavioral change". Today there are many effective learning. But the common feature of almost all is that it is student-centered and based on learning by doing. The more channels are involved in presenting the information, the more options the child can offer to express what they learn, the more they will be interested, motivated and comfortable. It is aimed to play visual, auditory and kinesthetic channels through hand-eye co-ordination. In mathematics, it is aimed to teach numbers and simple operations in a fun way.
person Posted by KARATAY ALİ ULVİ FOUNDER AİHL access_time 08:32PM 26 June 2018 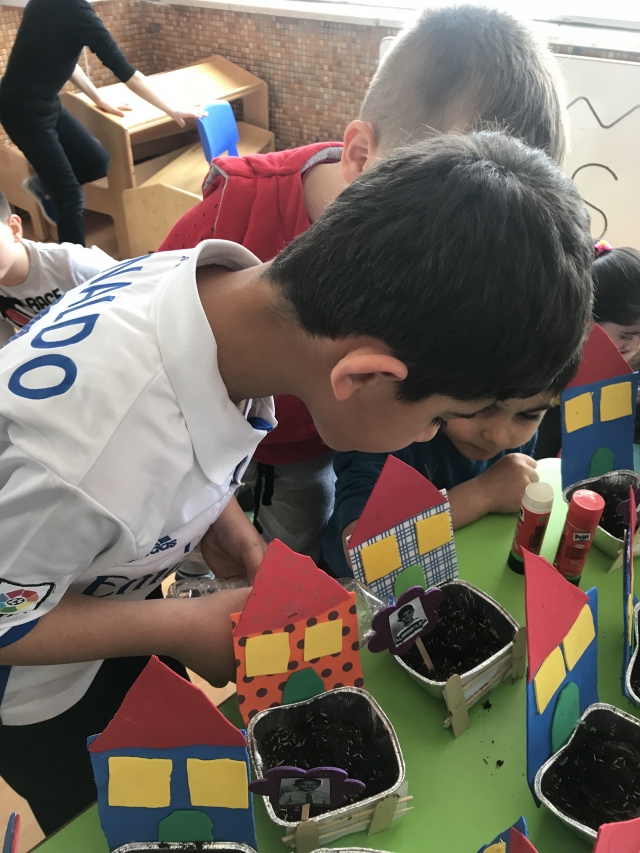 An adaptation to social life that children can practice in their daily life and a study in which they can gain independent living skills and responsibility
person Posted by Fevzi Çakmak Kindergarten access_time 11:16PM 26 June 2018 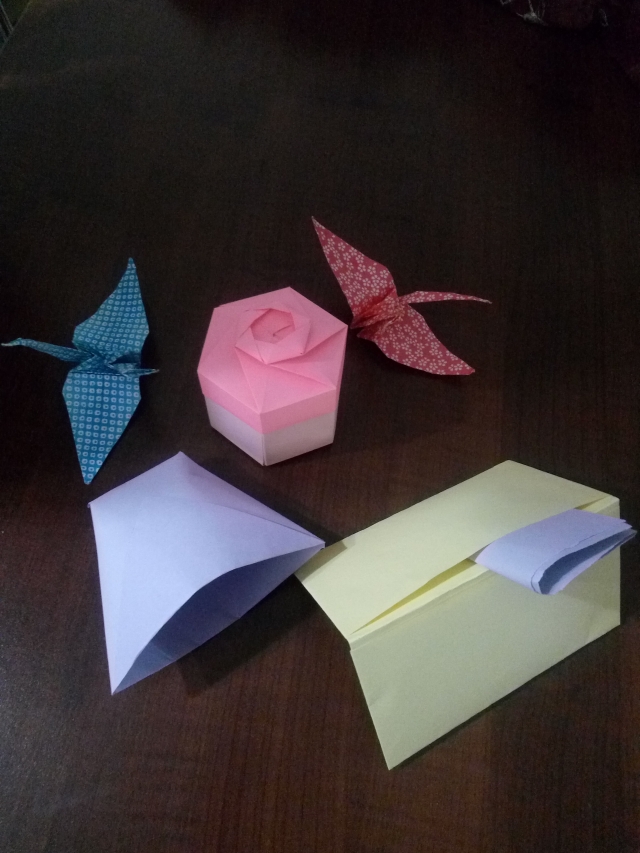 Origami is the first game for the child. The purpose of a useful game is to educate beside your fun. Origami is an essential educational tool for the child as it is perceived as a game rather than a compulsory dersten. Origami is an example of learning schematics with repetitive actions. In addition, the aesthetic aspect of your work becomes important to the child. The child will intensify his attention to making the pre-recorded video object, watch the model, and listen and perform the instructions. It aims not only to learn that the child needs to be patient to reach the end, but also to communicate, to observe and cooperate with other people, to develop empathy.
person Posted by Karatay Ali Ulvi Kurucu Highschool access_time 07:28PM 26 June 2018 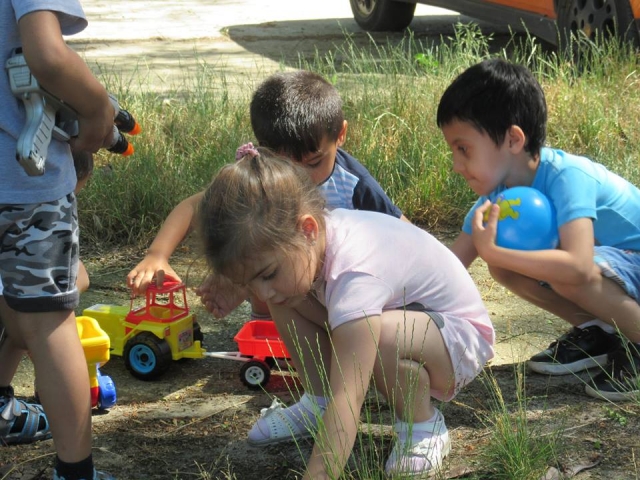 The most important thing for the team from Kindergarten “Daga(Rainbow)" – Debelt, Sredets was to create an environment that’s supportive and tailored to the individual needs of the child to ensure inclusion in the group. As for adaptation of Alex(child with autism) in the “Daga(Rainbow)" KG - Debelt, it was crucial to build trust and cooperation between the family, the specialists and the teachers in the kindergarten. Practice has shown that when parents and teachers from the group are actively involved in the process of coordination and harmony between all sides, significant progress can be made in terms of the child’s progress. The child was assisted during group work to facilitate its inclusion in gaming, training and daily activities and aid the correction of unacceptable behavior, the development of new adaptive models, and the ease of communication. Depending on the needs of the child, the teachers with the resource teacher…
person Posted by Yana Shurel, ODK-Sredets, Bulgaria access_time 11:04AM 26 June 2018
This activity has been implemented to translate the sandpile into a training environment that provides relief for autistic students, to extend the focus period when the student is comfortable, and to provide a positive contribution to the extended course
person Posted by Selçuklu Teacher Fatma Violet Special Education Application School access_time 10:44AM 26 June 2018 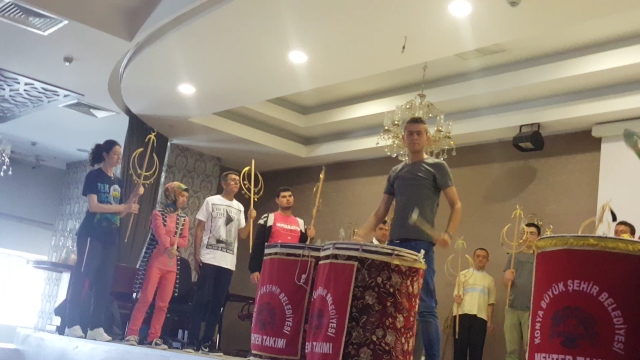 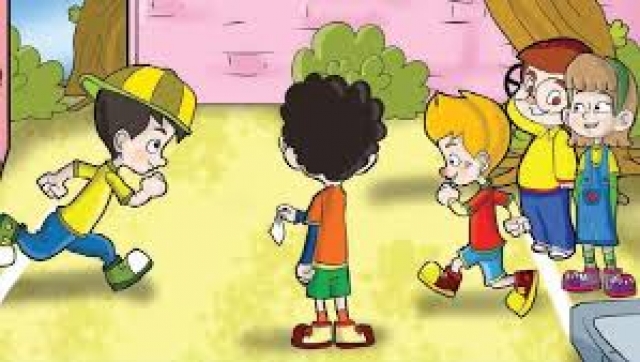 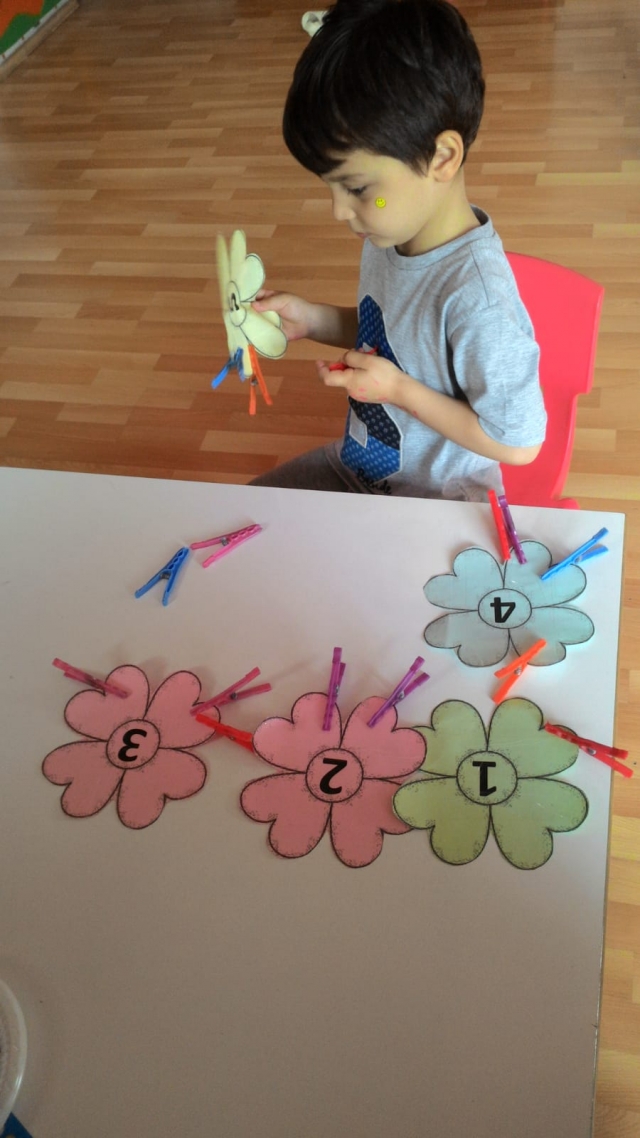 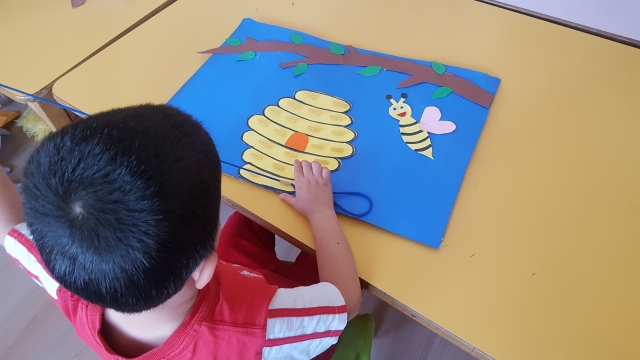 It is an application designed to improve the skill of the hand and eye coordination for the student to acquire academic skills, to keep the pen correctly, to use, draw and write activities. Bee song was taught when this event was held. Summer came, Flowers opened, Bees always worked, Bee Viz Viz Viz, he rejoice.
person Posted by Hakim Omer Onsun Primary School access_time 04:10PM 25 June 2018 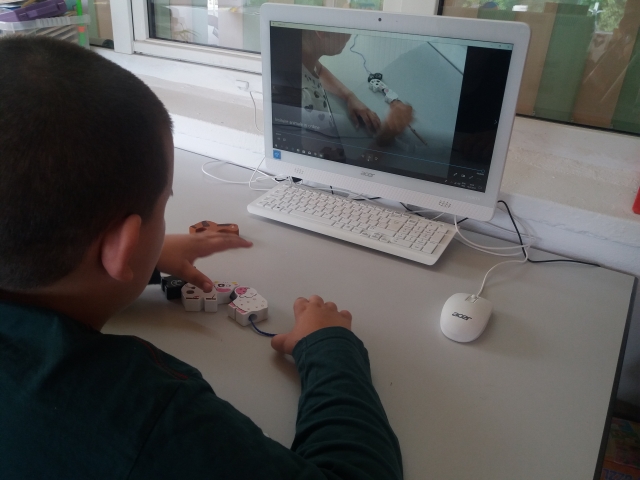 Video modelling is a visual teaching method that occurs by watching a video of someone modelling a targeted behaviour or skill and then imitating the behaviour/ skill watched. It is one of the methods used to support teaching various skills to children and students with autism. The video modelling is a form of visualization and it helps children understand and successfully accomplish the task.
person Posted by Education Center for Inclusive Education Alexandru Rosca Lugoj access_time 06:25AM 25 June 2018 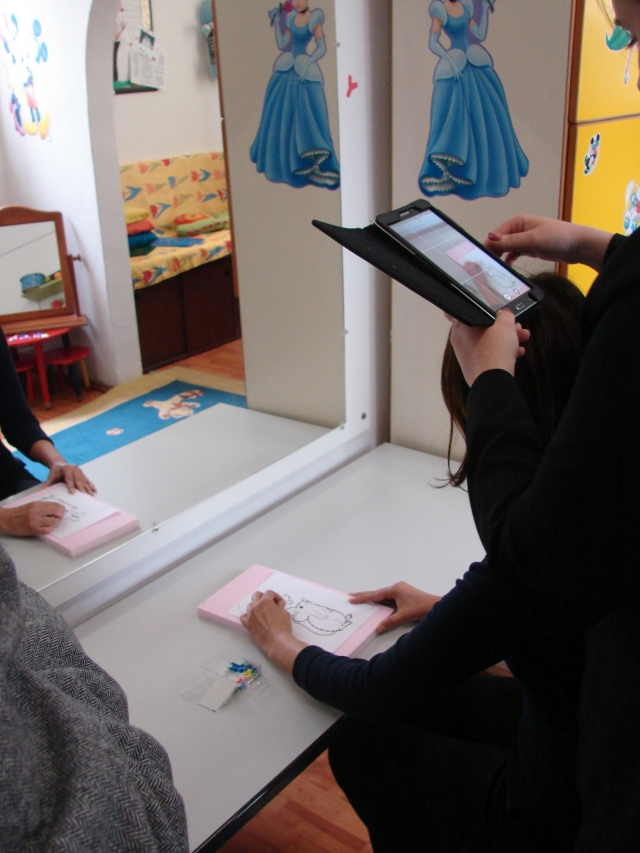 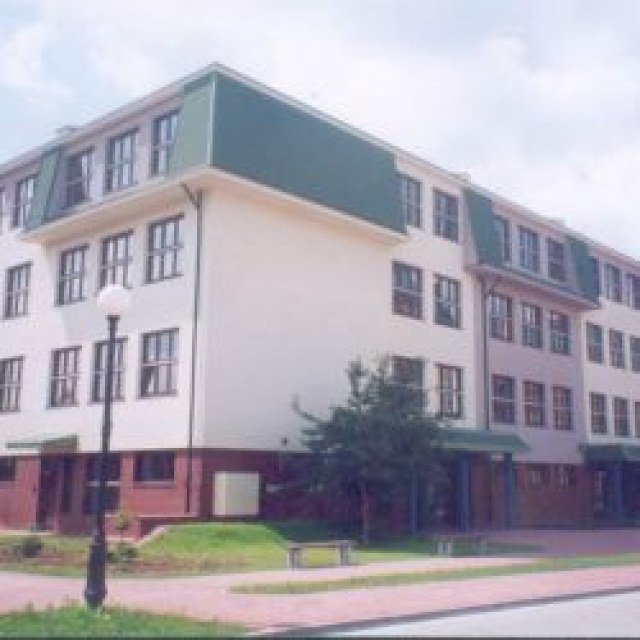 The practice is about an 11-year-old boy who manifests a series ASD - as symptoms (Autism Spectrum Disorder - Asperger syndrome), communication and attention deficits, impulsive behaviour, including aggressive. It is overbearing - it works on its own terms. The boy has difficulties with a calm end of the business, and he reacts with anger inadequate. He has difficulty in understanding and feeling different emotions, such as sadness, compassion, shame and guilt. In our school (one of the largest primary schools not only in Warsaw but also in Poland), such children usually attend so called integrated classes where in the classroom there is always an assistant who works with children with special educational needs. In addition, a child diagnosed with autism has a special assistant called a "shadow" (usually a psychologist). The child receives maximum support and assistance not only during lessons but also during breaks.
person Posted by Jan Marcin Szancer Primary School with Integrated Units number 342 access_time 03:46PM 24 June 2018

The European Commission support for the production of this publication does not constitute an endorsement of the contents which reflects the views only of the authors, and the Commission cannot be held responsible for any use which may be made of the information contained therein.